It’s a summer afternoon in in Shoreditch, east London. I am waiting in the offices of the financial technology startup Monzo, watching a neat young man pass around the lobby in sleek grey Common Projects sneakers as he talks into his Google Pixel phone. “Yes, but I think you’ll find… Well the thing about that is… Actually, we’re expecting…” It is apparent from his tone that this is the man whose company this is, that he has consumed a lot of caffeine and that disrupting the banking industry is not without its vexations.

He finishes the call, disappears into the main office, and then re-emerges one minute later and introduces himself as Mr Tom Blomfield, 31, the founder and CEO of Monzo, an app-based bank that has raised £19.5m in funding, gained 300,000 customers and processed £1.5bn of cash in a little over a year. My immediate urge is to ask him if he’s OK. He seems a bit stressed. “I can’t remember what I was doing, to be honest,” says Mr Blomfield. He shows me the calendar on his phone. It is so crammed with appointments, it looks like a game of Tetris gone badly awry. “We’re doing the first public roll-out of our current account tonight,” he says. “But actually, I’m always like this.” No one said launching a bank would be all jam and crumpets.

London’s emerging financial technology, or “fintech”, sector is full of clever people doing fiddly things with cash and code (his UK-based rivals in this field include Revolut, Tandem and TransferWise). But Mr Blomfield has done something few others have. He has somehow made personal finance palatable to millennials. You might have seen one of your early-adopter friends flashing a fluoro pink Monzo pre-paid Beta debit card (the colour is officially “hot coral”). They might have gushed about how great it is that they can track their disposable income (you pre-load cash onto it via the app). Hell, if you’re a budgeting hipster such as Ms Lily Allen, you might have raved about how much you love yours. “The bank of the future @getmondo is coming!” she tweeted last summer, much to the surprise and delight of Mr Blomfield. 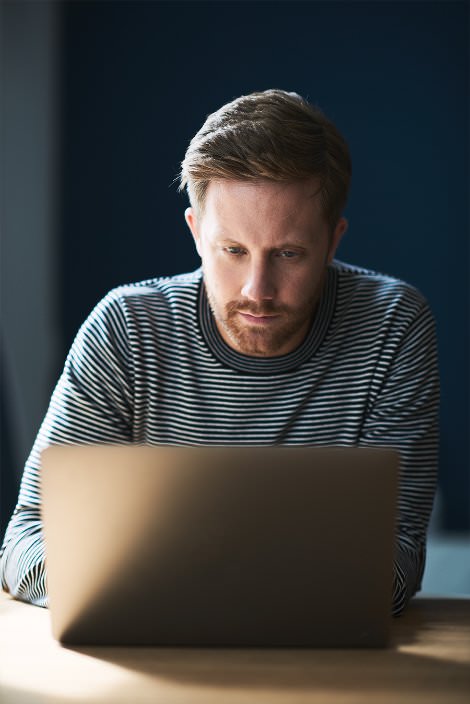 As he tells me about how he designed the bank of the future (or a bank of a future, at least), the young Englishman flips from adrenalised agitation into TED Talk mode, a time-honoured techie tradition. “So I hate my bank,” he says. “It’s just so crap. I’m sure it’s full of good, well-meaning people, but it’s crap. Interacting with my bank usually comes between moderately uncomfortable to excruciating.”

The crapness of most banks’ mobile banking system seems all the more mystifying to Mr Blomfield because he’s the sort of person who was designing websites when he was 15 and now lives on his phone. (He was born in Hong Kong and grew up in Singapore – his dad is a civil engineer – before moving to Buckinghamshire as a boy and going on to read law at Oxford University.) “I use all these apps every day – Uber, Google Maps, WhatsApp, Spotify – and they’re like science fiction. But banking has barely changed in 20 years. We’ve got these super-computers in our pockets and the banks aren’t using any of the functionality to make our lives easier.”

At the core of Monzo is its app, which allows you to track all your purchases in real time and thus help you budget your income more easily. Mr Blomfield is a firm believer that ideas are “worthless”. It’s how you execute them that counts. He doesn’t hire from banks because he doesn’t feel they produce particularly responsive workers. “Ask a banker about a human problem and they will come up with a financial product as a solution,” he says. He has also taken away many of the fees, including for foreign ATMs. I recently spent a year in the US paying £1 each time I used my British debit card (in addition to the £3 to £4 American banks charge for the privilege of accessing your own money). It makes me a little ill to think how much I could have saved.

What reeled in his customers, however, was something Mr Blomfield couldn’t have predicted. He spent a few years in Silicon Valley with his previous business, GoCardless, and here he received a good piece of advice. “I remember the founder of LinkedIn said, ‘If you’re not embarrassed by your first release, you’ve left it too late,’” says Mr Blomfield. If you launch early, you get to assess whether people like it or not, fix the bugs, respond to feedback. “Your customers will teach you more about your product than you ever knew. Before long, they were asking us if they could get another card for their partner. That was when we knew we had something special.”

The pre-paid debit card was a basic way of testing the market. The numbers were limited because each customer loses Monzo money. But this was a happy accident. When you make something of limited availability, you create value scarcity. If you’ve followed the secondary market in Yeezy Zebras, you’ll know it pushes up demand. There’s also brand distinction. The card is specifically designed not to look like any other card. “When you’re tapping in at the Tube and you see another glint of hot coral, it’s someone who’s a part of your tribe,” says Mr Blomfield. “There’s this sense of belonging.”.

The main lesson his customers taught him was that people have a highly emotional relationship with their money. “They feel out of control,” he says. “They’re busy, they’re smart, they earn good money, but their money causes them stress and anxiety. Monzo gives them visibility and control over their money and suddenly that anxiety goes away.”

Still, all this, he admits, is really just streamlining and updating something that’s already there. As it moves from pre-paid debit cards into current accounts, Mr Blomfield believes Monzo will truly take off. “So far, we’re rounding off all the corners, taking away all the fees and charges that annoy people,” he says. “But I wouldn’t say that’s disrupting the balance sheet. What is disruptive is the move from full-service banking to a marketplace model.”

What he means is that he’s challenging the business model of banks. Typically, banks sign up their customers young. Mine got me at 14. It was my mum’s bank. I think it presented me with a free Discman. It’s worth banks showering children with free stuff because most of us never change our bank. We simply accept whichever student account or overdraft or credit card or mortgage or savings scheme the bank offers us. “People think, I’ve banked with X for 20 years,” says Mr Blomfield. “I’m a valued customer. They’ll give me a fair price.” In reality, the opposite is true. Existing customers get crappy deals, new customers get the best deals. Usually it’s not worth the hassle of changing banks, and really, there’s not much to choose between them anyway.

What Mr Blomfield hopes to do is present a user experience that’s simpler and more transparent. “We can show you all of your different accounts in one place,” he says. “And when you need a new product, we will, with your permission, scour the market and come back with the best offer. Because we have no incentive to sell you our mortgage, we can get you the best one every time. It’s a disaggregated market reaggregated around a central control point. That’s the disruptive part.”

He is shortly to launch in New York, where he thinks the personal finance “scene” is rife for disruption. For much of the rest of the world, paying for stuff in the US feels like going back 10 or 15 years. “When I lived in New York, I had to pay my rent and my internet bill by cheque,” says Mr Blomfield. “Actually having to buy a paper ticket to ride the subway feels so strange when you’re used to using your card. It’s like, ‘Come on, guys. This is 2017.’” 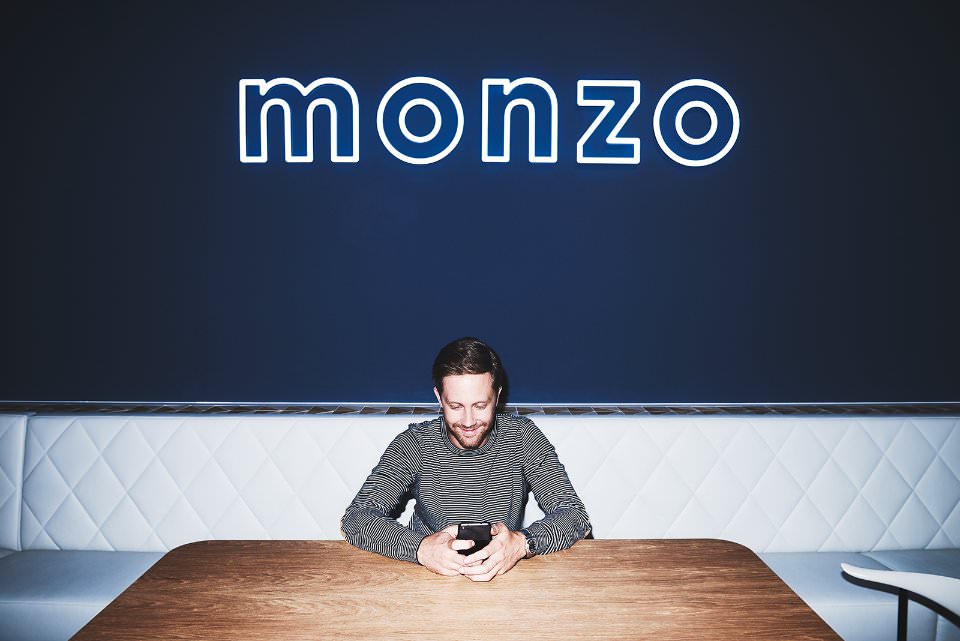 While he is fluent in Silicon Valley-ese – he went through the fabled startup accelerator Y Combinator and took up kitesurfing – he decided not to stay in California because he thought it was “weird”. “Silicon Valley has this monoculture,” he says. “Everyone we met was white or Asian, male and aged 20 to 30. It was like Silicon Valley the sitcom. I met very few women or black people. And everyone was pitching you their startup, even the taxi drivers. It’s hugely myopic. London and New York are much better as there’s a diversity of thought that keeps you sane.”

Mr Blomfield now lives 10 minutes away, near Shoreditch Park. His girlfriend, Ms Hannah-Polly Williams, works in fundraising for the refugee charity International Rescue. He insists his hours are not completely insane. “Maybe 50 hours a week in the office,” he says. “But the challenge is not logging on to the company Slack room at midnight. It’s very bad for your mental health. I’ve taken holidays where I’ve left my phone and laptop at home. That’s the best way.” 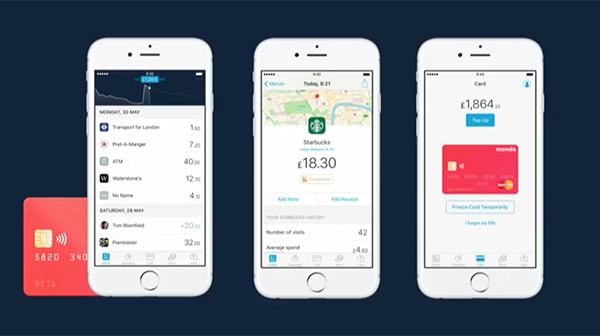 Aside from his sweet new sneakers, Mr Blomfield doesn’t give clothes much thought. “Normally, I’m in jeans and a T-shirt some other company has given me for free,” he says.

There have been a few glitches, including a recent outage that left customers unable to use their cards for a few hours. He blames it on the third-party card processor Monzo uses to communicate with Mastercard. He’s had a few threatening legal letters, too, including one that prompted a name change from Mondo to Monzo. And currently, he’s losing £50 to £60 per customer per year with the pre-paid card. “The more we grow, the more we lose,” he says. “So our losses next year will be much bigger.” It costs a fraction of a per cent to process each transaction, but it adds up when you’re dealing in billions. He reckons that when customers move to current accounts, he’ll only lose about £20 per customer. “Journalists announce your fundraising like it’s this big success and then announce your losses like it’s a terrible failure,” he says. “Come on, guys. The two go hand in hand. Amazon posted several billions of losses before it made a profit. That’s the game we’re in.”

Does he want to become the high-street bank? Are we going to be bewailing reckless Monzo traders for causing the Wall Street crash of 2052? Mr Blomfield insists he doesn’t want to do any of that. “We want to be super low-risk,” he says. “We don’t want to run a massive balance sheet. We don’t want to take consumer deposits and make risky bets with them. Honestly, we’re the most boring bank in the world. But if this works, we genuinely want to build a financial-control app for one billion people. That’s hard. But that’s why we’re all working so hard. We’ll see.”

What could possibly go wrong?