In an era saturated with influencer marketing and social media–driven brand endorsements, marketing can be an increasingly tough environment for athletes to navigate. Partnerships have become an integral part of a career in pro sports, but balancing an athlete’s ascension through the ranks with a cohesive, long-term brand strategy takes some finesse.

Before Instagram, Youtube and the establishment of a global commercial collaboration culture, one household consumer goods deal in the early ‘90s would break the mold of lifestyle endorsements, advancing the standing of basketball, and athletes of all races internationally. The structure of Michael Jordan’s world renowned, 26-year partnership with Gatorade was a landmark deal that would change the landscape of sports marketing. Introducing Jordan in 1991 as the first, and at that time, only celebrity spokesperson for the sports beverage, the interaction of generation-defining talent with an authentic product proposition heralded a new era of lifestyle collaboration.

Just seven years after his debut in the league, Jordan’s star was brighter than ever. During that season’s All-Star Game in Charlotte, North Carolina, a meeting took place that helped expand Jordan’s brand off the court and into the consciousness of households around the globe. During the game, Jordan’s agent at the time, David Falk, encountered Gatorade’s then-Director of Marketing, Bill Schmidt. As the opportunity for a partnership was raised, a plan started to form that would showcase Jordan’s appeal off the court.

Back then, Jordan was already a signed endorser for the world’s foremost soda brand. On the surface, the aim of the arrangement with Gatorade was to secure a deal that was profitable for Jordan. But it was also about finding a partnership that would allow growth that felt natural, finding opportunities that would allow Jordan to project his personality.

In the 1980s, the emerging pro basketball marketing landscape was largely untapped. There were few national long-term brand relationships for team athletes, particularly African American athletes. The league was in a growth period – Finals games weren’t broadcast on prime time, they were tape delayed; the stars of the league didn’t do any marketing. African American role models were largely unrepresented. What Jordan and his team set out to do was uncharted territory. Plans progressed and Gatorade was in prime position to amplify Jordan’s classic, All-American sports hero persona. But the creative had to sit right with him; it couldn’t feel forced.

Jordan’s attachment to Gatorade was authentic, however; he had always used the product and the partnership had credibility. The agreement also put Jordan in a unique position as, during the initial years, he would be the only celebrity promoting the sports beverage.

Gatorade’s ad agency, BBV, knew it had to deliver creatively. The development and production of the campaign had to do more than boost the brand’s appeal with the core athlete. The campaign had to broaden, convincing parents in supermarkets around the world that Gatorade should be a part of the daily regimen, whether it was high performance or recreational.

No one could predict the extent to which the first campaign, “Be Like Mike,  would reverberate internationally. Steve Seyferth, the former senior vice president of BBV, was running point on the Gatorade account at the time and felt the energy begin to build around the concept. 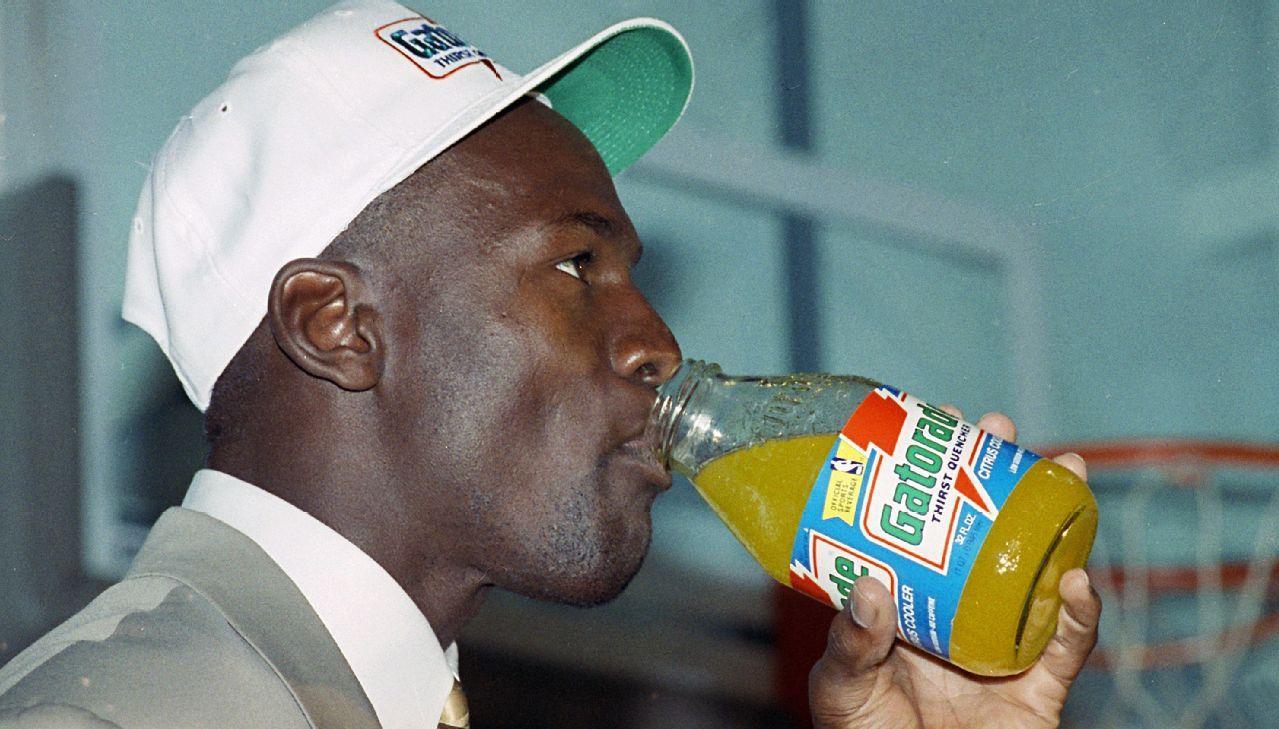 “This was back in the day when there was no digital media and television was really the media valve for launching the campaign,” he recalls. “We produced a 60-second commercial that captivated the country and was in fact, 25 years later, named the “Greatest Sports Commercial of all time.” 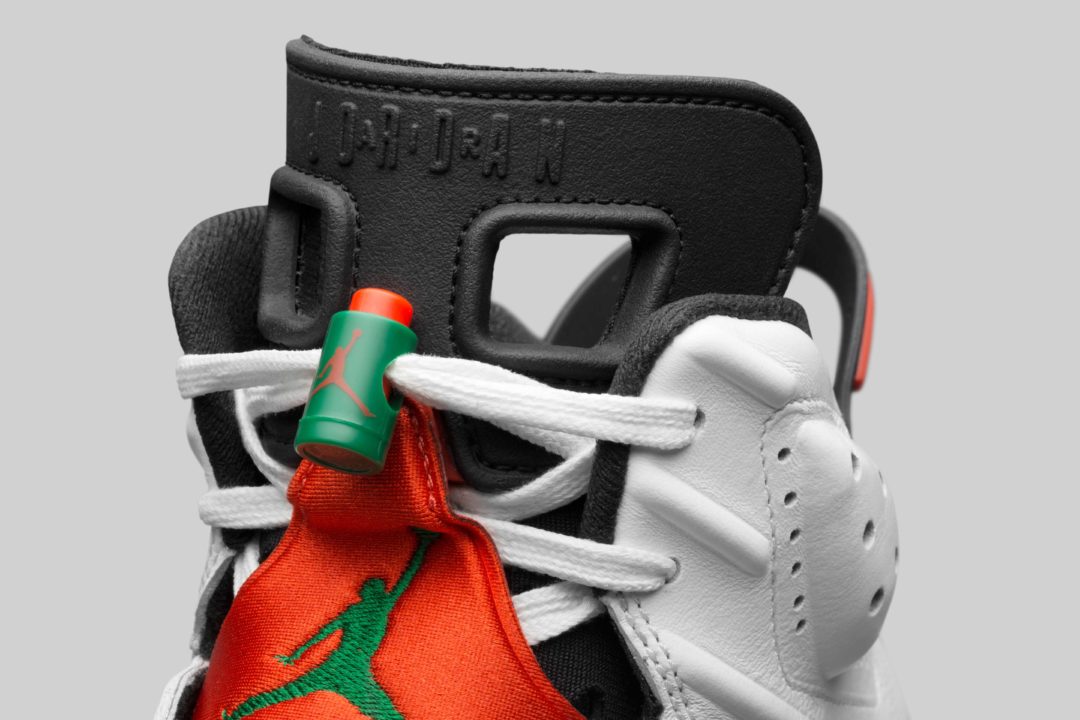 Seyferth believes there were a number of reasons the “Be Like Mike” spot struck a chord across a wide demographic spectrum. “It is really the breadth of who Michael was and who he represented. He was the fiercest competitor, but he had a charm about him and a disposition that was endearing and likable — a smile that would resonate and was very real. He was well dressed, he always handled the press with aplomb, and he was a real person that endeared himself.”

Seyferth continues: “I think that’s part of what Bill Schmidt and Gatorade’s smarts were — that Jordan is the guy that cascades. Attach [him] to a brand like they have in Gatorade and it could reach all folks.”

Jeff Kearney, Head of Sports Marketing at Gatorade, remembers changes across the board for athlete endorsements after that pioneering collaboration.

“The late ‘80s and ‘90s marks the point where athletes really started showing up in campaigns. You started to see salaries get a lot bigger because people started to recognize the relationship consumers had with athletes linked directly to an athlete’s marketable appeal.”

The Jordan X Gatorade partnership set the gold standard in an industry that has largely remained unchanged since 1984, in terms of how athletes and entertainers approach partnerships.

Explains Kearney: “If you look at our track record with athletes, most have been highly successful and have followed a similar model, building a long-term authentic relationship like we built with Michael. It’s a model we still follow today with up-and-coming superstars.”

But while the collaboration lives on as an example of a brilliantly engineered endorsement deal, Falk is adamant the campaign was so successful because it was consistent with core attributes that already existed within Jordan.

In a world where media-attuned generations are increasingly aware of what’s real and what’s manufactured, the Jordan school of thought contrasts the difference between cultivating an image and having a brand.

Aspiring to be like Mike is one thing; MJ had an entire generation of kids wagging their tongues as they attempted unthinkable moves on the court. But truly honing your own skills, staying true to yourself and walking a path uniquely your own is what being is all about.