The all-white Futurecraft 4D is the latest chapter in Adidas’s ongoing and ultra-limited Futurecraft project. The latest colourway, which was available at Adidas’ 747 Warehouse St. event during NBA All-Star Weekend, follows the black/green iteration that debuted last year, then dropped in New York City last month.

The Futurecraft initiative kicked off in late 2015 with a 3D-printed midsole that showed the idea of tailoring a shoe to the specific needs of an individual’s foot. Since then, Futurecraft has ushered in several more concept-proving releases like the made-in-Germany Futurecraft M.F.G., and a collaborative sneaker made from recycled ocean plastic, in partnership with Parley for the Oceans. 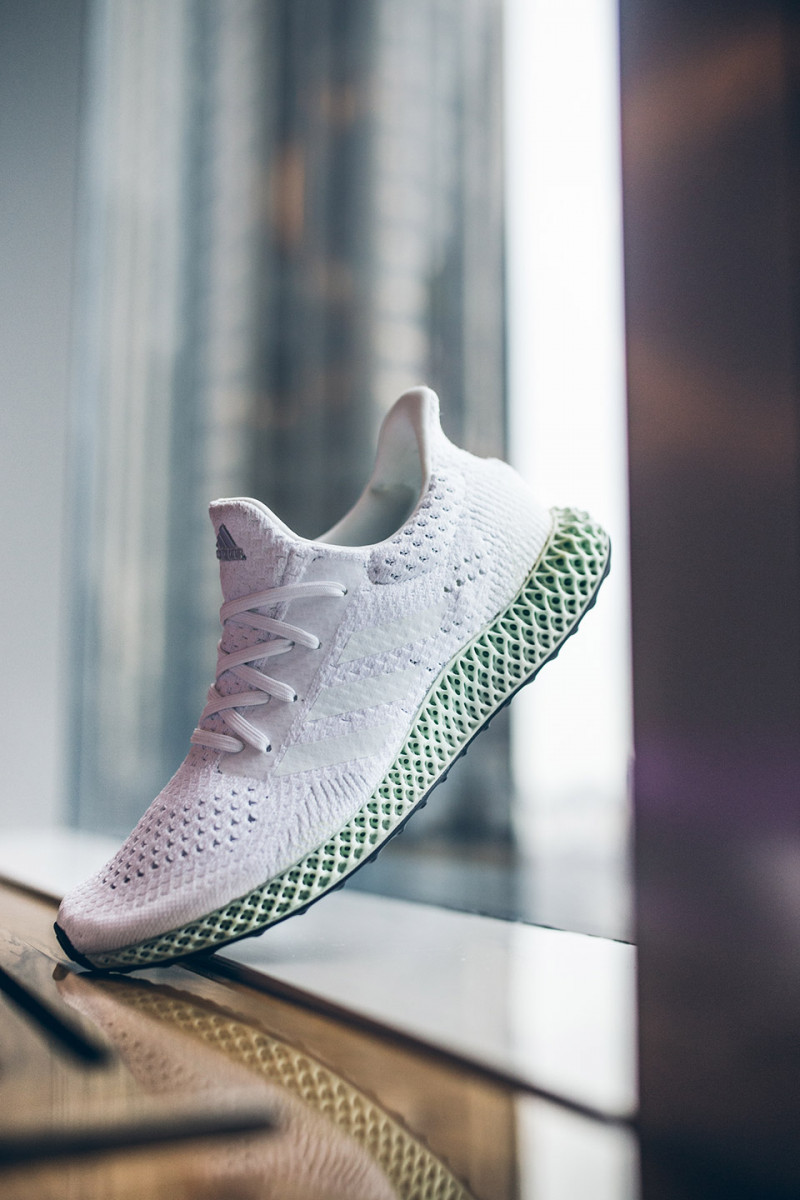 The Futurecraft 4D was created in partnership with California-based firm Carbon, who introduced Adidas to a technology called digital light synthesis. adidas was able to create over 50 different lattices for the midsole before landing on the current design, pictured above. Carbon’s programmable liquid resin platform uses light to create the shape of the sole, then uses heat to set it, allowing the team to create a print from scratch.

The shoe has already released in very limited numbers in Los Angeles during NBA All-Star Weekend, with no indication as of yet that there will be a wider release. Stay tuned for updates.