A pair of neuroscientists are working with Major League Baseball to help measure the mental aspects of a batter’s swing.

There was no indication that anything unusual was taking place on an early Saturday morning in August at the Hilton Garden Inn, of Avondale, Ariz., other than the piece of loose-leaf paper taped to the wall by the elevator bank. On it was scribbled in black Sharpie: DECERVO TESTING ROOM 307. The room number was underlined. The tone was “no trespassing.” Still, the housekeeper knocked on the door of Room 307 at 8:15 with an armful of fresh towels.

No one answered so she used her key to enter. When she did, she did a double take. The furniture in the dumbbell-shaped suite had been rearranged completely. The beds were still made and the blinds were drawn. Two scrawny, acne-pocked Latino teenagers in T-shirts and sandals were seated at matching desks on opposite sides of the room staring unblinking at laptop screens. Both wore a sort of thin metallic hairnet, with wires snaking down the back of their necks. A pile of plastic syringes and two padded briefcases lay scattered on the floor. The only sound came from soft, intermittent taps on the laptop keyboards. Neither of the teenagers looked up to see the housekeeper quickly drop the towels off and go.

In the everlasting war for even the slightest competitive advantage in Major League Baseball, the battlefields have come to look a lot different from the playing fields. “Moneyball” changed things. Once the data-driven revolution started, it became difficult to contain, until every team started using advanced analytics to discover new players or rediscover old ones. Then the battle had to be moved someplace else. Those teams that were late to that data revolution had a chance to get ahead in this one. This data revolution required a new type of radar gun, one that could measure in milliseconds.

At 8:25, there was another knock at the door of Room 307. A third baby-faced teenager appeared: Manny, a shortstop, wearing a grey T-shirt and sandals, his eyes puffy and reddened. The boys, they were really just boys, had played in a doubleheader the day before, in the searing Sonoran heat, as the playoffs neared. This being a rookie league team, below Single-A, even below Low-Single-A, every player had recently been drafted or acquired from overseas. They are currently chaperoned by Frank, the organization’s director of sports science, who popped in and out of Room 307 with a list of the telephone numbers to each of the players’ rooms, in case any of them tried to sleep in. A stocky man with soft blond hair, reddish cheeks and bright eyes, he is friendly, but with a no-nonsense mien, like a waiter at the end of his shift. Frank (who, like his employer, requested anonymity, so his name has been changed) did not seem to care that 8 a.m. for an 18-year-old on the Saturday morning after a late doubleheader is a considerable, if not downright malicious, request. But there was a lot to get done.

Jason Sherwin and Jordan Muraskin, the co-founders of deCervo, were only in town for two days. Their sort of expertise is not easily replaceable. The club paid $2,000 to fly them to Arizona. As the ballplayers tapped on their keyboards, and Manny waited on the couch, Sherwin and Muraskin shushed about, adjusting the hairnets. They chatted idly with Frank about the upcoming fantasy football season, but there were giveaways that they were not members of a typical athletic entourage. 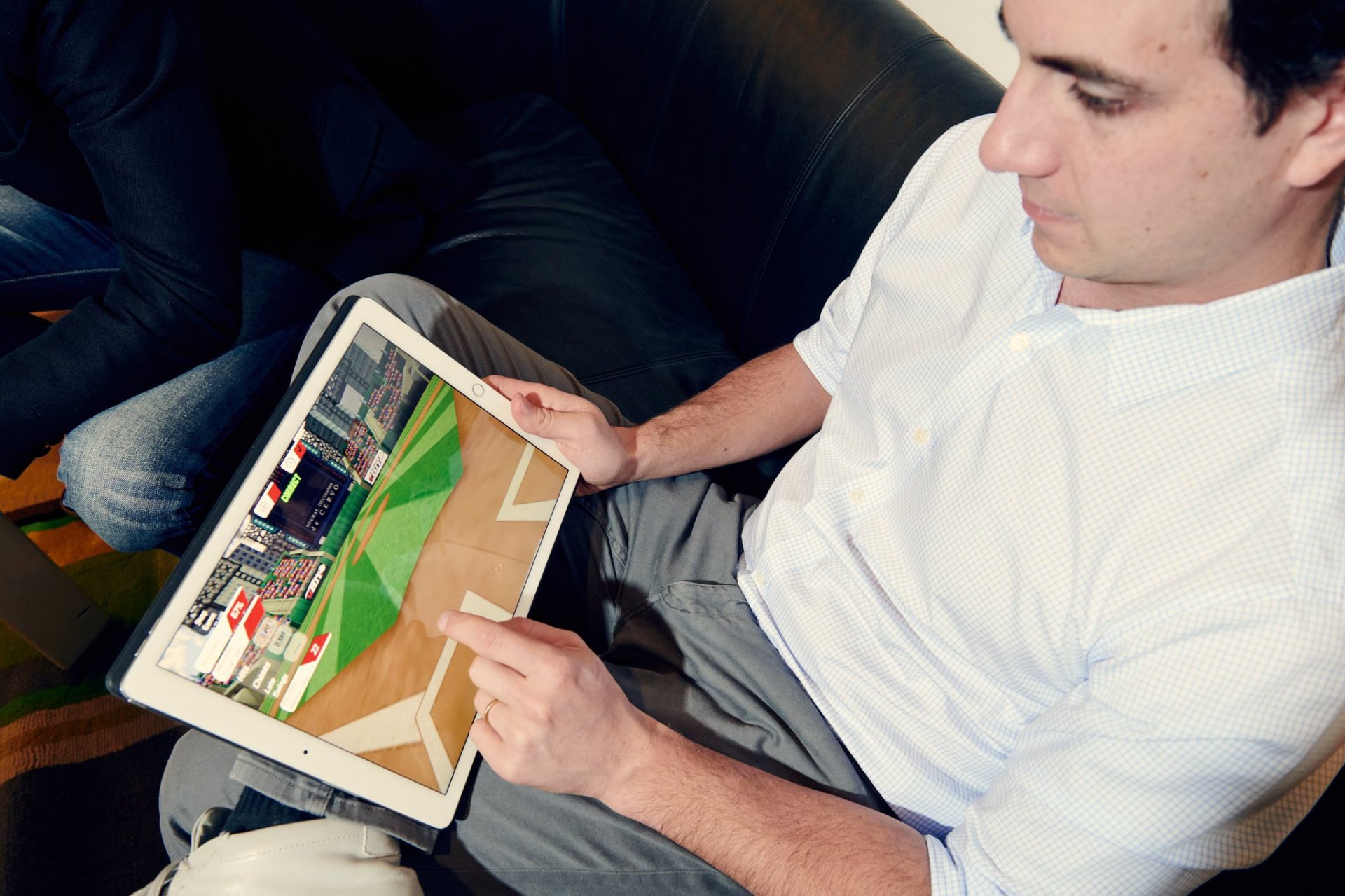 Noticing the colorful symbol on the front of Manny’s T-shirt, Muraskin asked him, “Is that a Google shirt?”

A spot opened up at one of the desks after the first player finished. Manny took a seat and waited as Sherwin prepared the laptop and Muraskin readied the headgear. He used an alcohol swab to dab behind the player’s ears and fitted the strange translucent swim cap — an EEG headset — over Manny’s short hair. Then he grabbed a syringe and squirted a pale creamy substance into the seams around the nine spots where the sensors were expected to maintain the closest contact with the skull. The cream, the consistency of toothpaste, is a conductive salve for the electrodes.

“You remember this?” he asked. Manny nodded. He quickly typed his username and password into the system, and the screen went dark, with only a small rectangular box appearing in the centre. A moment later Sherwin signalled the program was ready.

“It’ll take about 40 minutes,” Muraskin said. “Do you want any practice?”

The simulation began. “And we’re off,” Frank said.

On the surface, the efforts by Sherwin and Muraskin were intended to help professional baseball teams scout and improve hitters, and since 2014, when they started, all but two M.L.B. franchises have spoken to them about the possibilities of their work with EEG. Several have signed consulting agreements.

Hitting a baseball, to take one of the more straightforward outcomes has been deemed “the most difficult thing to do in sport.” The most proficient hitters are hardly at all cut from the same cloth. The two front-runners for the Most Valuable Player of the American League in 2017, in fact, were a Venezuelan infielder standing 5 feet 6 inches and weighing 165 pounds (Jose Altuve) and a Californian outfielder standing 6- 7 and weighing 282 pounds (Aaron Judge). We already know what distinguishes them; we can see it. So what relates them? What actually is responsible for their skill?

It would seem to have almost nothing to do with their biceps muscles or fast-twitch fibres or even their vision, which, for most baseball players is largely the same. It would seem to have much more to do with the neural signals that impel our every movement. “It’s like saying people who can speak French very well have a very dexterous tongue,” John Krakauer, a neuroscientist at Johns Hopkins University, told me. “It would be the wrong place to assign the credit.” 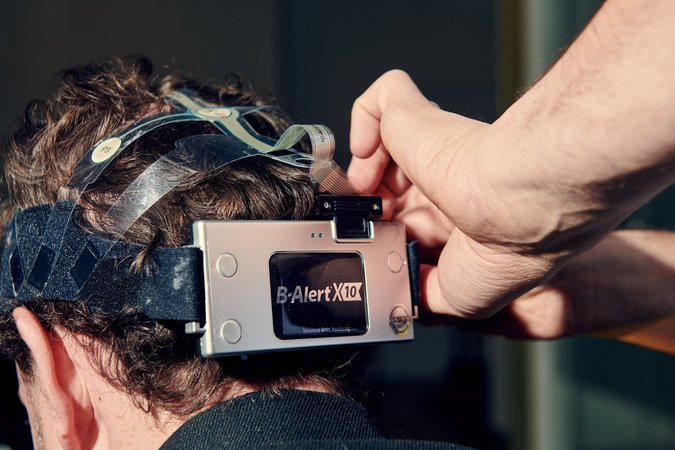 How do we move? A few people have looked into this. The Egyptians actually wrote of head injuries and movement disorders. Erasistratus and Herophilus explored the cerebella of fast-moving animals like deer and rabbits. Galen of Pergamon learned about the brain from tending to the wounds of the gladiators. The origin of movement had bewitched some of history’s shrewdest minds: Alcmaeon, Plato, Aristotle, Posidonius, Al-Razi, Descartes, Newton, Franklin. When the brain’s primary seat of voluntary action, the motor cortex, was finally discovered, by a pair of wayward Germans in 1870, the operation had been conducted on a dog sprawled across a dresser at the home of one of the men. The eureka moment howled from a living room in Berlin.

Since then, most motor research has been conducted more quietly. But skilled performance remains a tough nut to crack. It can be surprising when you consider how good artificial intelligence has gotten at replicating and building upon strictly cognitive tasks like, say, strategizing in chess or winning on “Jeopardy!” Yet a 5-year-old child can display a fluidity of dexterity and a range of motion that the most sophisticated computers cannot begin to replicate. Find videos of robots attempting to open a closed door, and you are almost guaranteed a good laugh. This is not a knock on the machinists. It is a reminder to step back and appreciate how we move.

A fastball travelling at 95 miles per hour takes about 400 milliseconds to reach home plate from 60 feet 6 inches away. That does not account for the length of a pitcher’s stride, or the deception pitchers employ with their delivery or the fact that 37 pitchers in 2016 averaged more than 95 miles per hour with their fastballs. In the amount of time it takes the pitch the reach the plate, the physical limitations imposed just on our bodies — the time it takes for nervous signals to travel from the brain to the correct locations in the body — have already sliced our available response time in half. The resulting time we have to actually gauge the pitch is almost twice as fast as an eye blink. It is slightly slower than the duration of one rotation of a helicopter rotor blade. But in the time it takes to read this word, the ball will have sailed past. It should not seem a wonder, then, that it has been more than 75 years since an M.L.B. player batted .400. It should seem a wonder that our brains enable us to ever hit the ball at all.

What Sherwin and Muraskin were able to show was a baseball version of what is known as rapid perceptual decision-making. This can be reduced, like most things related to the brain, to the patterns of spatially and temporally distinct and interdependent neuron activations. Baseball players, the really good ones, produce or respond to these activations in ways different from other people. The result is they can recognize certain pitches the same way automobile enthusiasts can recognize the make and model of a car as it disappears out of sight, or the way bird-watchers can detect an instantaneous flash of colour or flight pattern. It is similar to the way a chess master can quickly visualize and interpret movements on the board.

This article is adapted from the book “The Performance Cortex: How Neuroscience Is Redefining Athletic Genius,” to be published on April 17 by Dutton.