What exactly is “The LeBron Effect,” and is it something that can be tracked and evaluated?

James’ four-year, $154 million contract with the Lakers certainly makes for excitable headlines and pushes him into territory no NBA player has ever seen before.

He will make $35.6 million next season, with his salary rising annually to $41 million in the 2021-22 season in the final year of his contract. In terms of pure NBA earnings, James’ 19 seasons as a professional until the end of this latest contract will have earned him a record-breaking $387.2 million. For context, Kobe Bryant earned $323.3 million in his 20 seasons and Michael Jordan earned $89.8 million over 15 seasons.

Due to the timing of when he joined the league and his on-court success, James’ record might never be broken regardless of inflation.

An era of bloated, guaranteed contracts for athletes who rarely live up to expectations, the Cavs, Miami Heat, and now the Lakers might actually have copped a bargain when you consider what James is really worth. The year before Cleveland drafted James, they were dead last in terms of average home attendance, some 9,000 fans off top team Detroit. Four years later, they were in the top three, having gained those extra 9,000 home attendees. When he was with the Heat, the often-mocked South Beach fans were always top five in average home attendance. Upon James’ return to Cleveland, the Cavs sat second, just behind the Chicago Bulls, during the entirety of James’ second spell.

Whereas the Bulls’ reign as attendance kings since 2009-10 suggests a dedicated fan base, it’s clear James’ own brand of excellence can drastically change ticketing supply and demand.

Last year, the Lakers were 10th in attendance, with a home average of 18,934 fans, not far off the Staples Center’s 18,997 capacity for Lakers games. If you multiply last season’s $299 median ticket price for Lakers games by last season’s average home attendance, the Lakers earned approximately $232,111,906 from their 41 regular season home games last season. But if prices for the home opener were to become the norm, and we assume that the Lakers will have a 100 percent home attendance this season, that figure could go beyond $424,487,965. 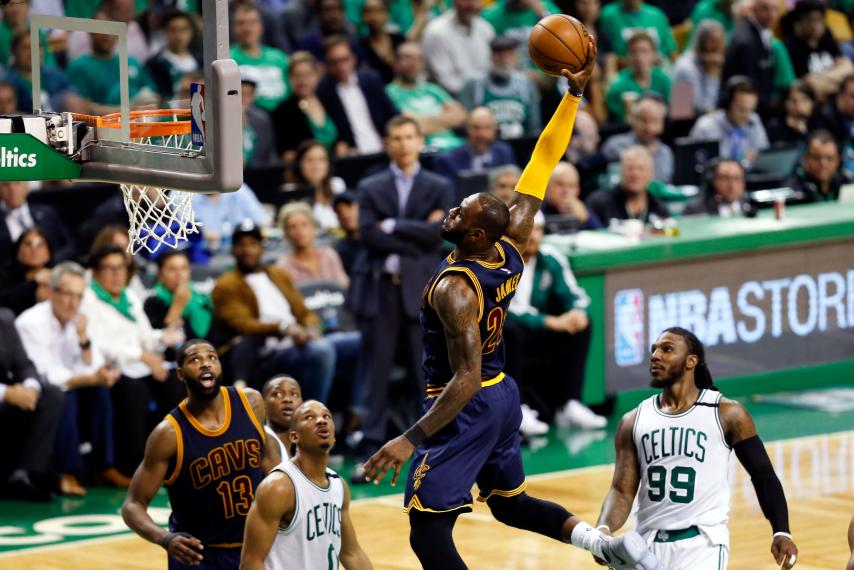 Even without an established star, the Lakers still sold the fourth most jerseys during the regular season last term. Upon James’ announcement, jersey retailer Fanatics saw a 600 percent increase in sales during a three-hour period (versus the same period when he announced his return to Cleveland) for a player who already had the second most popular individual jersey last season. Los Angeles has a population of four million people, while Cleveland has less than 400,000. If just 5 percent of LA residents pick up a new jersey, it would equate to $14 million in sales. Fanatics has said that James’ signing announcement marked its single largest day in jersey sales ever for a player venturing to a new team via free agency or trade.

Estimates suggest that James has already made $765 million when you combine his NBA salary with endorsement deals, including a supposed $1 billion lifetime deal with Nike — spurred by the brand selling more than $300 million worth of his signature sneakers in 2012 — as well as Sprite, Intel, Kia Motors, Verizon, and Beats by Dre. In 2017, he made $52 million from endorsements alone. James doesn’t only rely on blue-chip partners either. He was an early investor in Blaze Pizza, with the franchise becoming the fastest-growing restaurant chain ever after blooming from two stores in Southern California to 200 franchises in only four years. But it wasn’t without risk. James had to walk away from a lucrative $15 million in annual endorsement money from McDonald’s to do so.

James owns an estimated 10 percent stake in the company, and Blaze Pizza CEO Jim Mizes has targeted a $1 billion valuation for the company by 2022, which would net James a cool $100 million. James has said of Blaze, “We get to build this. If it doesn’t become successful, I can only blame myself.”

Value to the city

According to Forbes, when James left Cleveland for Miami in 2010, the value of the franchise dropped from $476 million to $355 million in a single year. While this was a major blow to Cavs owner Dan Gilbert, he himself was still a billionaire businessman in charge of an NBA franchise. The impact was felt much more by those on the periphery, such as the bar owners and other small businesses within a mile of the Quicken Loans Arena. Research indicates that James’ presence impacted employment by about 23.5 percent in that area. The number of establishments near the Cavs’ home fell from more than 190 during James’s first go-round to less than 170 after he left — resulting in a loss of $48 million in annual revenue — and then went back up to more than 210 upon his return. Economist LeRoy Brooks estimated James’ return to Cleveland was worth $500 million to the local economy.

As valuable as James is to his teams and various sponsors, he’s also reaped the financial benefits of others’ success. In 2011, he received a $6.5 million, 2-percent stake in EPL soccer giant Liverpool as part of a marketing arrangement with Reds majority owner Fenway Sports Group. Based on the English club’s current $1.6 billion valuation, buoyed by its $100 million award for advancing to the final of last season’s Champion League, James’ small piece of the Reds is now worth $32 million. 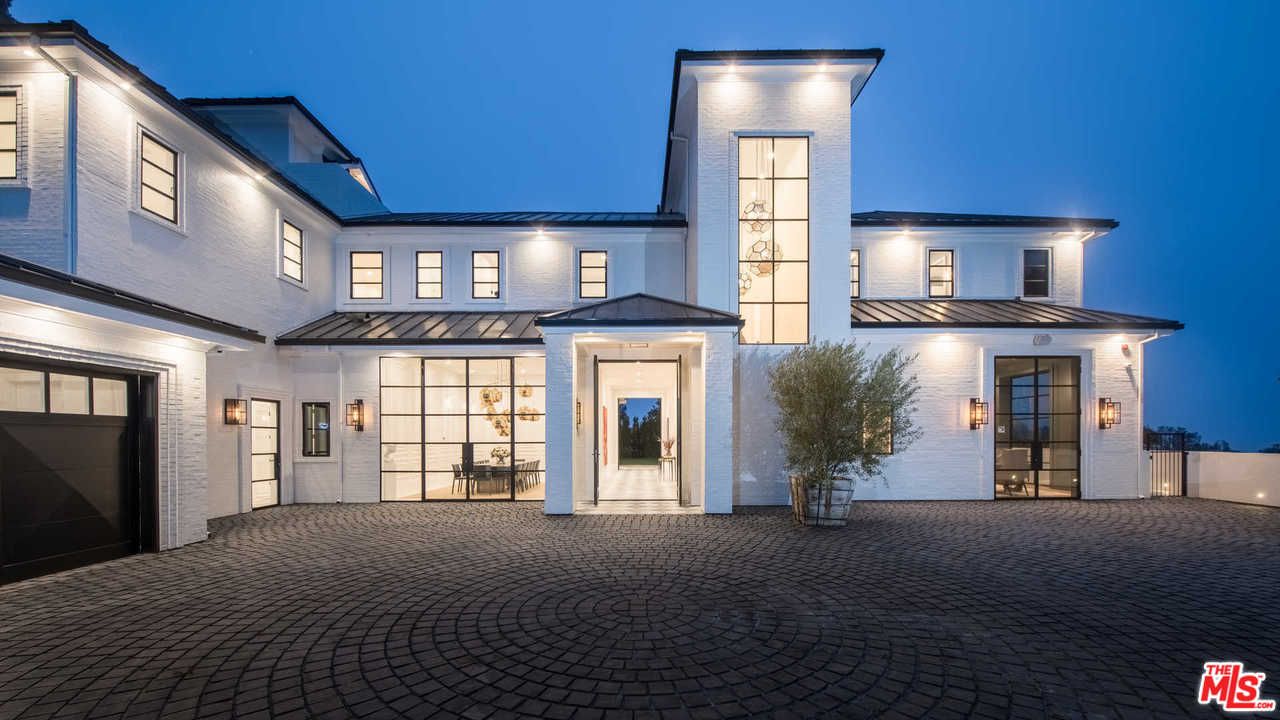 There’s the belief that James’ move to Los Angeles was inevitable once he’d bought not one but two homes in the city’s Brentwood neighbourhood. The first was purchased for $21 million in 2015 and boasts six bedrooms, eight bathrooms, and nearly 9,500 square feet of living space. The second, purchased for $23 million late last year, is 15,846 square feet and has city-to-ocean views, eight bedrooms, nine and a half bathrooms, a home theatre, a cigar room, wine cellar, pool, sauna, and a barbecue area with beer taps.

What it all means

Had James opted to stay in Cleveland, or ventured to any of the other cities he was linked to, such as Philadelphia or Houston, those places would have reaped the benefits financially in food, entertainment, and apparel sales, which all rank in the top seven of what Americans spend their money on. But in the City of Angels, where everything is larger than life, The Lebron Effect will be magnified.

Nearly 50 LA neighborhoods have a median income of at least $90,000, with Bel Air at the top pushing $208,000. Conversely, Cleveland’s richest neighborhood, Kamm’s Corner, has a median household income of $55,300. It stands to reason that the recipe of a James-fuelled and much-improved Lakers mixed with a wealthier fan base will boost the star’s brand further.

But just how much is LeBron James worth to the city of Los Angeles?

Using the same methodology that measured James’ impact on the area around Cleveland’s Quicken Loans Arena, and cross-referencing that with similar establishments near the Lakers’ Staples Center, it’s estimated that James will bring in 2,989 new jobs and have a five-year local economic impact amounting to $396,985,680.

Those are numbers befitting a king.